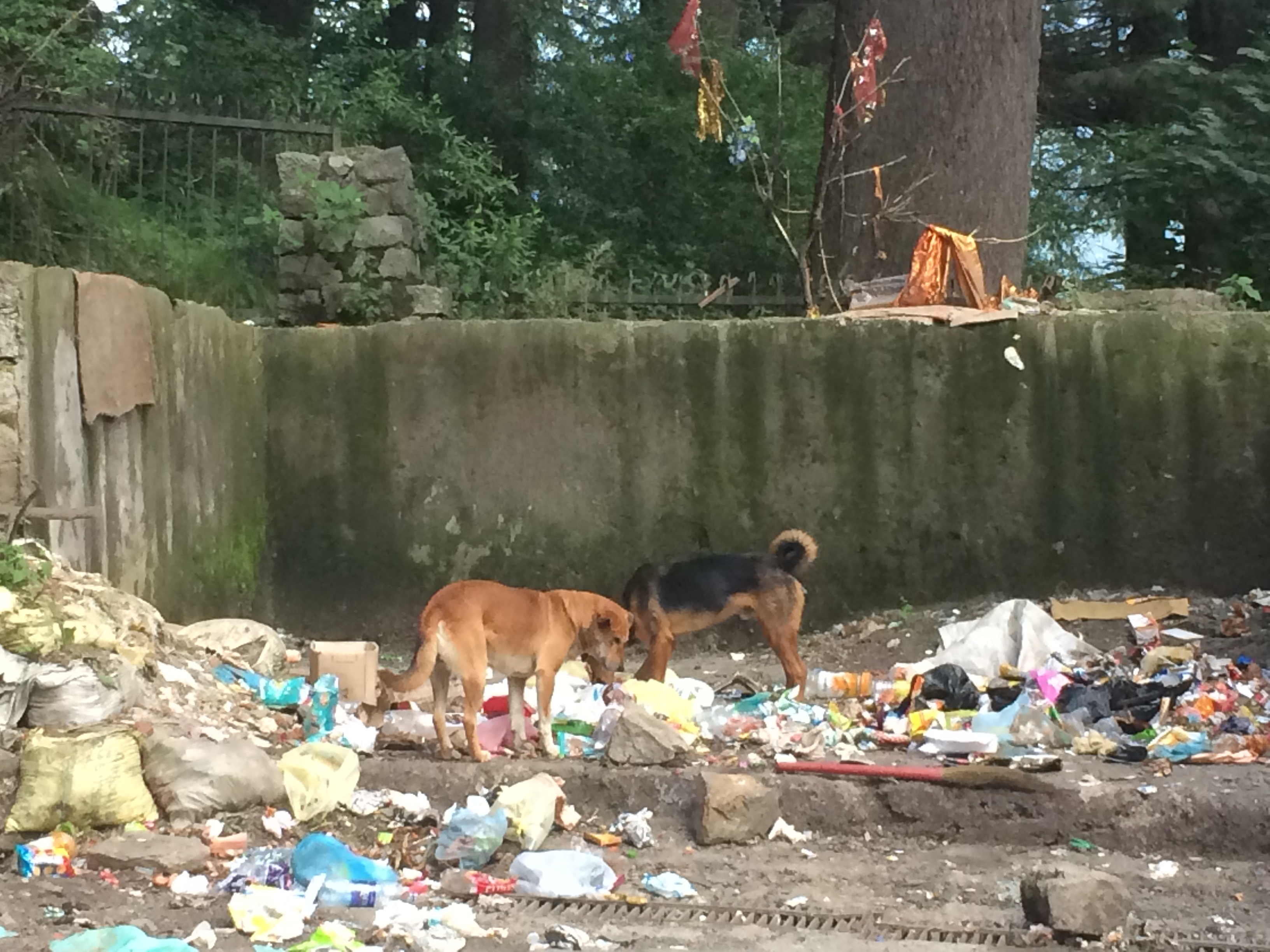 Trying to understand waste issues is like pulling a string and unraveling a whole sweater. Processes that are more ‘masked’ or ‘hidden’ in the US or Europe or Japan, are laid bare in places like India. A lot of people complain about ‘mis-management’ of waste here. I hear and read a lot expressions like, “If it was just picked up, or, if people would just stop littering!” However, the situation is much deeper than this. Moving waste from one location (the canal, the street, the beach, etc) to a dump or ‘zone of sacrifice’ just masks the problem as in the West. Just because it is not in a place that you see it everyday, doesn’t mean the problem is solved!

Tackling the waste issue like this asks nothing of the root cause of: Why is there so much ‘waste’ material in the first place? If we take a deeper look at the materials we use, we can see that some materials really shouldn’t be in circulation in the first place. Plastic packaging, for instance, not only is it designed to be thrown away, but it is full of all sorts of chemical additives that are known health issues, endocrine disruption, cancer, hormone imbalance, to name a few.

Companies are now trying to justify their plastic use by saying ‘Lets create recycling, let’s create circular economy!’ However, do we really want to design highly complex industrial systems just to manage a waste material that is harmful to humans and the environment, and ultimately shouldn’t be used in the first place? Do citizens really want to pay for company’s bad decision-making? Because, ultimately it is the citizen taxpayers and local governments that are fronting the bill to manage waste for companies.

In India, one out of every four dollars that Nestle makes is due to the ubiquitous Maggi noodles – a food product that is packaged in single-use plastics that end up as waste in seconds (Not to mention that Maggi is full of MSG, and other awful unnatural ingredients that add to the Indian ill-health epidemic and displaces natural food choices). Packaging is a choice that companies make to increase their profits; it is a design choice. If companies are willing and care about the social and ecological repercussions of their industry, they can design another system. We are only limited by our beliefs that the system is permanent. We can change, if we really want to.

When looking at the above picture, who is responsible? Citizens, local governments, or does it require unpacking the whole system that is designed to create such waste? A bit of a trick question as each level, from the individual to the collective has their role, but, without challenging the generation of products designed to create waste, local citizens are no match for market forces that continue to pump out such material. Citizens can begin by saying ‘No!’ to what they don’t want, and ‘Yes!’ to what contributes to healthy local communities