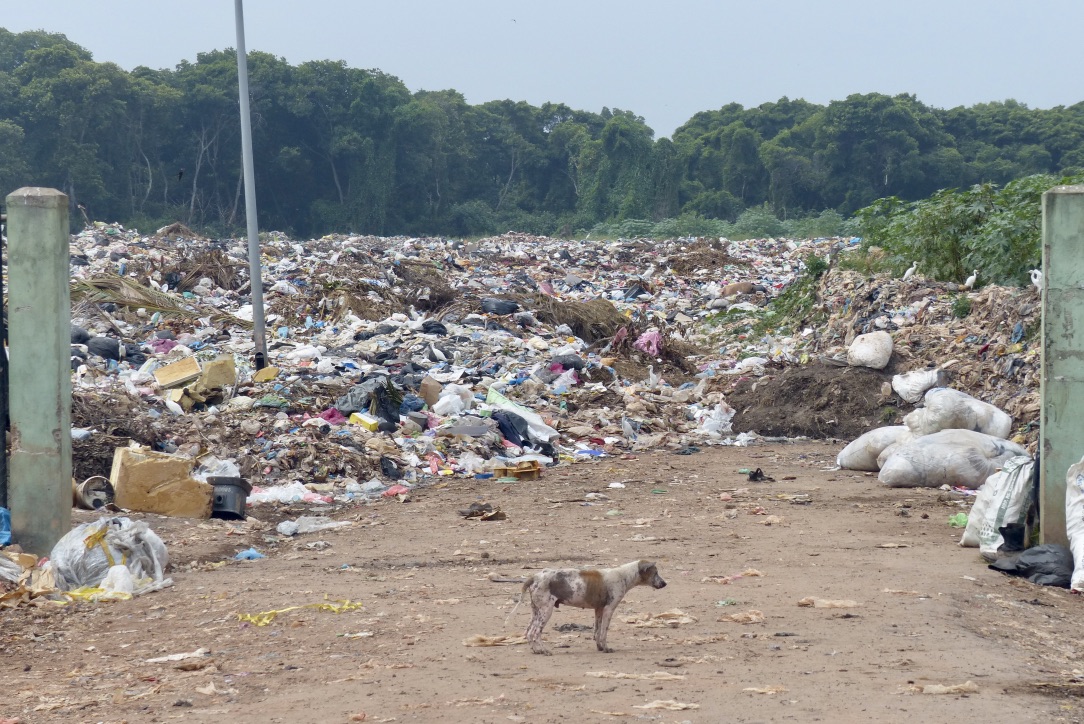 What can we learn from collapse, and how does the global response to material markets parallel with climate change?

The global recycling markets effectively collapsed in January 2018. It was not a slow decline, but a sudden jolt due to an abrupt shift in Chinese policy. China up until this point had been the ‘golden egg-laying goose’ of US, Australia, Japan, Europe, and basically the whole world’s recycling needs. It had been a near-perfect system (within a capitalist framework): collect waste/recyclable material and ship it back to China in the empty shipping containers China uses to send Chinese-made goods. Brilliant! Then China can use this waste/recyclable mostly plastic material to continue to make products (junk) to sell around the globe, ad infinitum.  But then China realized that this system actually wasn’t good for them, that not only was all this plastic junking up China, but with China’s growing consumer economy of over 1 billion people, they have enough to manage on their own. Thus, with China’s National Sword Policy in 2018, global imports of recycling virtually stopped, and the market fell into total disarray and collapse.

As in any situation, the consequences of the scenario depend on the response to the action, and in this case the recycling industry was not prepared for China’s decision. Materials stockpiled in materials recovery fascilities across the globe, having no where to go. Some municipalites became desperate and began throwing recyclables into the waste bound for the dump or incinerator (but still told citizens they were ‘recycling’). Others found material buyers in other south Asian countries, often working through customs loopholes and using ‘race to the bottom’ tactics to find places with even less environmental restrictions. In many cases, containers were outright dumped in places like Malaysia, Cambodia, Indonesia, Sri Lanka, and Vietnam. Many of these South Asian countries are fighting back, sending containers of waste back to their point of origin saying that the global south should not be the dumping ground for the global north.  A year into the recycling crisis and the global recycling/waste crisis is far from over and is still unfolding, simultaneously with increasing consumption and creation of global waste. In market driven economies, waste and time stop for no one.

From the example of the global recycling market collapse we can reflect on lessons that pertain to the global climate crisis.

1.) The recycling industry was operating in a bubble for decades, within a system that was far from sustainable. But, ‘it worked’ so the industry kept up with the bluff that they were recycling. But as it were, ‘recycling’ as practiced was to send waste material half-way around the world to be processed under questionable labor and environmental circumstances (or maybe not processed at all and just dumped);  just to be made into more disposable commodities to be shipped halfway around the world again. This is no sustainable materials system.  Similarly, the global economy is operating within the bubble that we can continue to extract and consume fossil fuels just because ‘it works for us now.’ Never mind that we are living in a closed ecosystem with finite limits and resources. This is the short-sighted thinking that brings climate and ecological collapse. We should never get into the thinking-trap that current systems are permanent systems. When negative feedback arises, a system should always be able to adjust and change.

2.) The recycling industry waited for collapse to happen. The industry didn’t pre-empt the situation with alternatives. The situation could have easily been avoided had the fundamental nature of the system been questioned decades earlier – but people had been ‘ok’ to go along with the charade. How can we prompt leaders to agree to pop the bubble of complacency and make pro-active instead of reactive calls for climate change?

3.) Material flows (waste, resources, recycling) and climate change are both global issues. They manifest at local levels (local waste streams, local climate impacts), but on the whole these issues are globally-connected and interlinked. Thus, in the case of the recycling crisis, when the US ships material to another country other than China, this doesn’t actually solve the problem, it just ‘shifts the burden.’ This might be a short-term solution for getting the material ‘away’ or ‘distancing,’ but it actually creates more problems through environmental injustices, waste potentially loose in the environment, and long-term impacts of such materials. ‘Shifting the burden’ and ‘race-to-the-bottom’ tendencies mean that instead of a collective, visionary, workable solution we have individualized (or individual countries) working off of the lowest, fear-based and greed-based tendencies to shift the problem, responsibility, and accountability over to someone else. But, microplastics, increasing toxicity from chemicals, hazardous wastes, these know no boundaries. Ultimately, environmental problems from waste come back to haunt us all. Similarly, climate change considerations cannot but pushed aside, as all delaying and shifting of the burden comes back in another form (think climate refugees; food scarcities; conflict etc).

4.) In the case of the recycling industry collapse, the response was really a prisoner’s dilemma of every country/country’s processors looking out for their best interest. When individual entities carve out their own, self-appropriate responses we all suffer. Moreover, ‘race to the bottom’ economic decision-making is beyond justice. For instance, just because someone could pay to send it, doesn’t mean Filipinos should have to suffer with piles of waste from the west. We need leaders that operate with ecological and mindful decision-making; leaders that  work with an awareness of the world system (limits and capabilities). In the case of climate change, if we have individual countries or megacities calling the shots for their favor, then collectively humanity and the environment lose (case in point, Bolsonaro’s Amazon destruction).

These are just a few of the parallels that I think can shed light on how we should think about when and how systems collapse. If we are prepared to responds collectively and creatively – and even pre-empt such collapse – instead of having disaster we can actually have positive change, a coming-together, and a bridging of the divide.